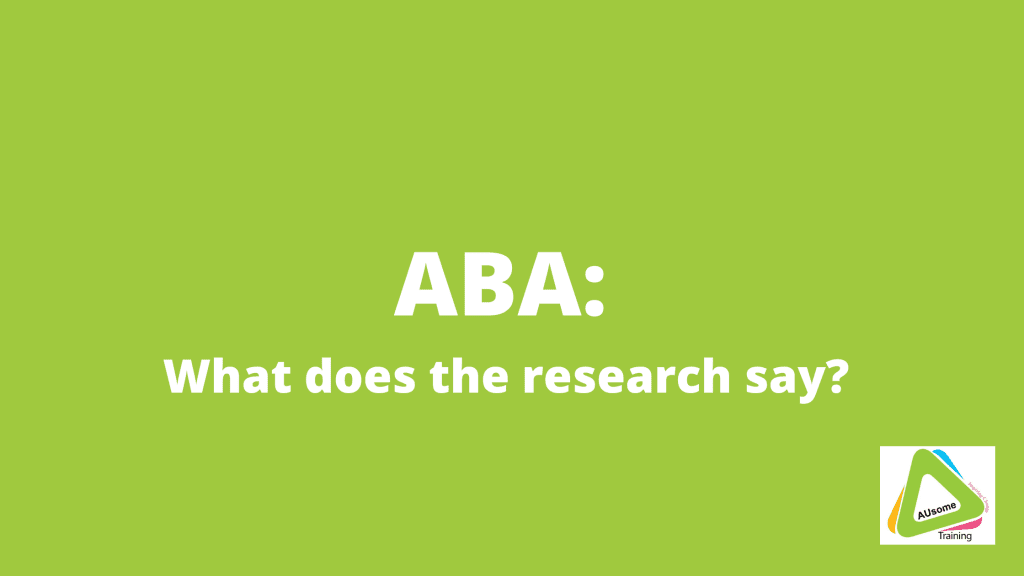 ABA – What does the research say?

ABA: What does the research say?

ABAers love to brush off any concerns with “ABA is effective” or “ABA is evidence-based”. But according to a 2020 report by the US Department of Defense, this is not the case.

The two-year study included 3794 participants who had received at least 18 months of ABA services. This makes it not only the largest study on the effectiveness of ABA, but also the *only* large-scale test of ABA. The number of hours of ABA did not increase its effectiveness. In some subgroups, the more ABA “therapy” the child received, the worse the outcome was. This is of course measuring Autistic children’s behaviour against goals that ABA claims to achieve, not goals Autistic people would agree with. ABA has terrible goals. It wants to make Autistic children comply with neurotypical standards. And it’s not even good at that.

You can read the full report here

But what about the countless previous studies that support ABA?

Well. It turns out that there are very few that are actually up to standard. Most use single-case studies (we call them anecdotes) and are biased in multiple ways (playing “telephone” by having 3rd parties report ‘success’).

For more, see this 2020 research review and if you find it hard to read, Alfie Kohn puts it in simpler terms here .

But it gets worse.

The painful truth is:

Neurodivergent children and adults still suffer irreversible harm, in Ireland and across the globe, every day, in 2022.

ABA is a lucrative scam. The US Department of Defense spent over $1.5 BILLION on ABA services over the 5 years prior to the study referenced above. Imagine using this kind of money to actually support Autistic families!

We are up against a major force. A multi-billion dollar industry with enormous marketing and lobbying resources. But we can’t remain silent. We have to do our part. For all survivors and potential victims of ABA.

So what can we do?

Do the opposite of what ABA teaches: Don’t comply.

Please sign this petition to let Minister Rabbitte know that this can’t go on:

We need to get this knowledge out to parents, educators, ministers, and clinicians.

Only if enough of us refuse to buy into the lies can we end the abuse.

ABA – What does the research say?