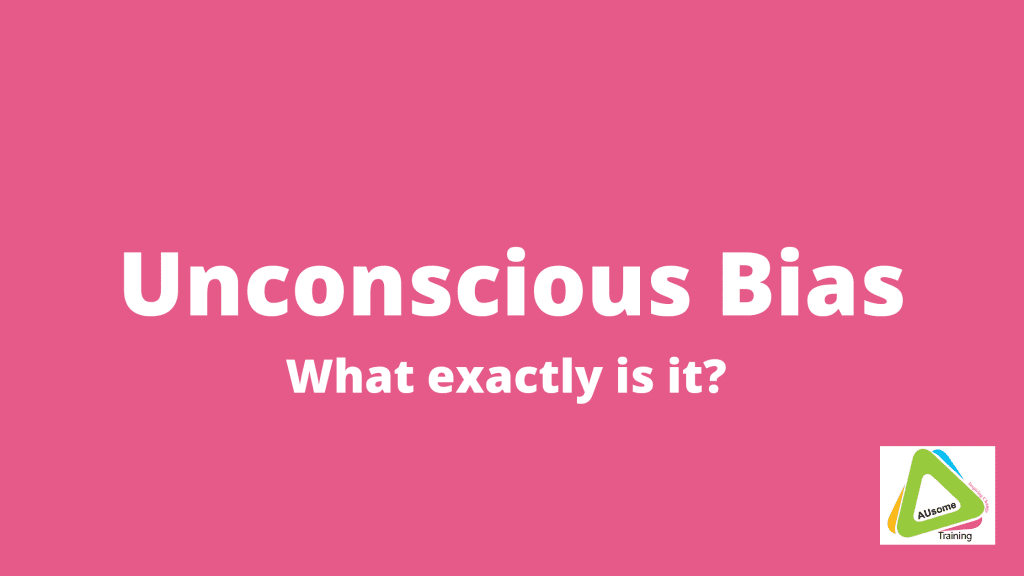 Unconscious Bias- what is it?

When I explain that we all have unconscious bias about disability and human difference in general I often talk about conditioning and the messaging we pick up from the world around us. Maybe when we think of “conditioning” we might think of sinister movies, cults and extremists but the truth is discriminatory ideas are all around us, influencing our thinking and how we connect with one another.

Why do many of us have such a lack of acceptance of difference?

Why do we only value people on what they “do” rather than value the life force within each of us?

At the beginning of the song we learn that Rudolph is mocked, ridiculed and excluded by his peers because he is different in some way. He has a red nose.

“All of the other reindeer

Used to laugh and call him names

Join in any reindeer games”

Later Rudolph’s difference becomes useful. He saves the day because of his difference. So not a bad message, that people’s differences can be helpful but what bothers me is that this seemingly innocent song tells us that it’s ok to mock people over their differences. Nowhere in the song do the reindeer who mistreated Rudolph apologise. Nowhere is his pain of isolation addressed or the negative effects of bullying. It’s just kind of accepted that Rudolph is happy he’s finally accepted. But social rejection hurts. Social rejection is damaging to us on so many levels. Yet unconsciously we are told none of this matters and only how other people respond to difference matters.

While the song is entitled Rudolph, it’s not really about Rudolph at all. It’s about everyone else around him and how they feel around him. And it’s sending us a message that differences are only acceptable when they are useful to us.

“Then how the reindeer loved him

As they shouted out with glee

You’ll go down in history”

Many Rudolphs in our world are never seen as “useful” and are labelled with inhumane titles like “low-functioning” because society sees no use for them. Let’s stop here for a minute and think on that. These people whose differences are perceived as bad are labelled and excluded because their differences are unacceptable in a capitalist society. And this society is made up of all of us, but many of us are unaware of the messages that surround us and influence us.

These messages are all around us from birth. From nursery rhymes to fairytales to youtube videos to parental words.

Don’t buy into selling yourself- the dangers of unconscious bias!

And I can’t help feel that many of us have fallen into the trap of selling ourselves as “useful”. We needn’t look very far to see the value of neurodiversity being sold. Linkedin posts are full of reasons why Autistics and other Neurodivergent folk make valuable employees. It’s pretty gross to be honest, seeing humans feeling like they have to prove their differences are “useful” to others so that we can be valued and accepted.

We are all valuable. We are all precious. Each and every one of us by the very virtue of us being alive. We should not measure each other on how useful we are or on our heroic abilities to save the day. We each have a light within and that is why no one is better or more valuable than the other. Try not to let unconscious bias get in the way of this. The first step is recognising when unconscious bias appears in our thoughts.

People need to be accepted, not for what they do but because they are a precious part of the wonderful fabric of humanity and life in this universe.

So next time you hear that Rudolph song, think of all the marginalised people, cast aside because of their very normal human differences which have been magnified for no reason whatsoever.

We are all different anyway. It is us who get to decide which differences are magnified so maybe we need to be more aware of the unconscious bias we hold and the messages that surround us that encourage us to disconnect from each other rather than meeting each other at heart level.

PrevPreviousABA – What does the research say?
NextShame & Rejection: The Autistic ExperienceNext

Unconscious Bias- what is it?