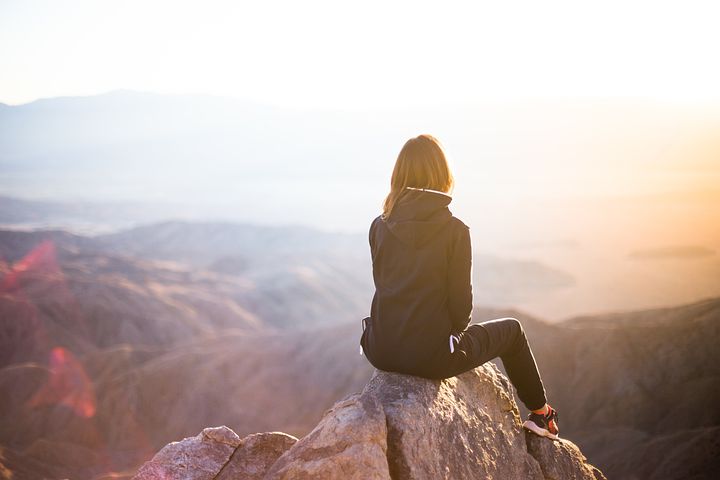 The prevailing narrative about Autistic children is that they need to learn how to interact with their peers. It’s a common tale, told many times over by prejudiced people who believe that this is actually the truth.

But then I started working solely with Autistic kids and saw that actually Autistic kids are really good together. They play, chat, interact – have “social skills” by the bucket load.

I also saw how I and other Autistics interacted with each other as adults who had never met each other before. It was community. So what then about the nonsense that has been told about us and the children in our community? That we lack social skills, that we are empty vessels socially that need to be moulded and taught how to perform in this social dance with the ‘normal’ folk.

When they said we lacked social skills they said this without assessing how other people interact with us.

When they said we lacked social skills they said this without assessing how other people interact with us and measuring the impact that has on us.

When they said we lacked social skills and that we lacked the ability to interact and understand others they forgot the social interactions work both ways and that non-autistic people don’t always understand and know how to interact with us.

When they said we lacked social skills and needed to be taught they forgot that we are human and human beings communicate in many different ways.

When they said that we had deficits they showed their prejudice because they saw neuro-conformative communication as superior and the only way to communicate.

When they taught us “social skills” they never asked us what it did to us or how it made us feel.

Rather than looking for who is to blame for miscommunications it serves us all far better when we meet each other with compassion and understanding. And we need to acknowledge that because we are human and our communication isn’t prefect we will have many miscommunications for a whole multitude of reasons. Meeting each other with compassion and understanding does not mean that we have to agree with each other, it doesn’t even mean we have to like each other, but it does mean that we try to see things from the perspectives of others.

This can be difficult for us when we have been pitted against each other since the birth of our societies, where we have been conditioned to think that we are different to each other. I mean, yes of course we are all different but we are all fundamentally more similar than different but magnifying difference works to alienate where we could instead be building community. Magnifying, and in our case pathologising very normal human variations like levels of sensitivity serves to divide instead of to unite.

We’ve been here before with race, gender, sexuality, religion – and in many places and cases we still are here. When will we learn? When will we see things for what they are? Unnecessary division and pain and disconnection where connection, relationship and community could thrive. Othering makes it harder for us to connect, to empathise and to build relationships.

We are more alike than different.

I mean we know all the leaves on the branch of a tree are different to each other too but we don’t go about patholgising them because they are not all the same, do we? We generally accept that differences are just a very normal part of nature. So human variations are just a very normal part of the fabric of humanity. We don’t say that one leaf has “auburnism” because it turns red in autumn while others turn yellow or we don’t say that a leaf has “autumnism” because it stays green all year round. We accept that leaves exist in many different ways- not right ways and wrong ways. We really need to start seeing each other like this too.

We are the leaves of humanitree.

When I read research released in 2017 showing that non-autistic peers made “thin slice judgements” about Autistics or as the research said “Neurotypical Peers are Less Willing to Interact with Those with Autism based on Thin Slice Judgments” I felt many things. I felt sadness, anger, disillusionment, fear and a whole combination of emotions. It took me quite some time to work through it all.

Basing your willingness to interact with another person on assumptions you make within milliseconds of meeting them is a pretty good way of defining prejudice. You don’t know this person, they’ve done nothing to offend you bar exist in the same space as you but maybe they’re not like you in some way and because we’re conditioned to think these differences are important somehow, we feel we don’t want to engage with this person. That’s pretty much what prejudice is- when we let preconceived ideas get in the way of human connection.

Experiencing prejudice is never easy and most often than not the prejudiced person doesn’t even know that they’re discriminating against you. Sometimes, they can even think they’re trying to help you. But sometimes “help” is discrimination, especially when it is unwanted help. Even good intentioned ideas and initiatives are discriminatory when they do not place the rights of the community at the core.

That 2017 paper was tough to read and even tougher to process but once I gave non-autistic people the same grace I give Autistics when I explain to others that we are products of our environment I began to see how all this works- the pathogising of Autistics, the lack of representation, the mistreatment, the utter ridiculous nonsense that is said about us and the absurd products and services that have been created to cure us or “help” us.

So, here’s my thinking in a nutshell- Autistics were omitted from the narrative or the story that has been told about us for almost a century. Professionals who believed that there was one right way to exist labelled our behaviour, and us as disordered. They said we didn’t understand ourselves or others (while they clearly didn’t understand us). They asked our parents, our carers, our teachers, our neighbours, our nurses, our siblings, our cousins, our aunties, our uncles, our grannies and our doctors about us while never actually asking us. Well they didn’t see us as fully human so that explains of course the way they excluded and discriminated against us.

When we other and discriminate we can treat those people as we like, you see. Because in our minds they are “other”, they are not like us- they are not us, they are not fully human. We study their pretty normal human behaviour and pathologise it. We write papers on these people and we create “them” and “us”. We divide and fall victim once more to the age old tactics of divide and conquer and the anti-social hierarchy.

Because of the fictional stories that were created around us under the guise of “research” and “theories” Autistic people were misrepresented (and still very much are) in film, newspaper articles, tv programs, sitcoms, books, comics, and pretty much anywhere else where people can be misrepresented. When you fail to ask or listen to the people you claim to represent then serious problems arise for that community. It has happened to many other communities and it has happened to ours because humans don’t often notice prejudice in the present although we seem to be able to demonise it in our past.

And the misrepresentation of Autistics runs even deeper. If our culture tells us that people who don’t make eye contact aren’t to be trusted or the person with a limp handshake isn’t genuine or the person who doesn’t do chit chat isn’t interested in you- then what are people to do?

Discrimination is part of our culture. It is what our societies have been built on. This illusion that some of us exist correctly and some of us are disordered or have a medical condition literally just because we are more sensitive is what causes us to meet each other with judgement rather than with empathy.

And this fairytale we’ve been sold is not just about Autistics but the wider disabled community too. There’s a rumour that disabled kids need to learn to how interact with their peers but how can children interact with prejudice? How can kids deal with that when the adults pretend it doesn’t exist? A double blow. A double prejudice. A double barrier to connection.

It’s time to get real people. It’s time to see prejudice where it exists whether it’s on our screens or printed on paper, in our handshakes, in our sideways glances or in that thought about a neighbour or ourselves. It’s time to catch these thoughts before we act on them.

Anything that places one group of people below another is discrimination. It can look ‘friendly”, it can look “helpful”, it can seem like it’s nothing to get excited about- when you’re not the one at the receiving end of it.

If we exclude or celebrate including those who we once excluded – we are prejudiced.

If we make someone else’s discrimination about us- we are prejudiced.

If we feel sorry for someone because we think our way of existing is better – we are prejudiced.

So let’s get real, call it out where we see it, centre rights in all discussions and initiatives and meet each other with empathy rather than believing the stories we’ve been told.

We can write our own tales.

We are the authors of our own destinies.